Can Dogs Eat Popcorn with Butter? 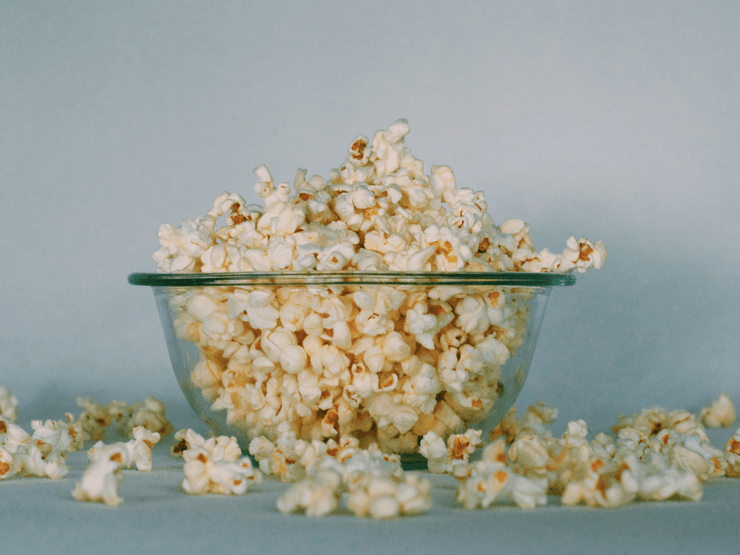 Popcorn is a delicious, crispy snack that goes well with the game or that Netflix show you plan on binging on.

You make a bowl of golden, buttery, seasoned popcorn and sit on the couch to watch. Your dog is on the carpet watching too. But not the TV or you; it’s the popcorn that’s got his attention.

First, come the furtive side glances. These quickly develop into longing stares. You try to ignore them and focus on the show. But you feel guilty. And you give in.

You throw one popcorn in the air and your dog catches it. Next you know, your dog is on the couch with you and you’re both bonding over a bowl of gleaming popcorn. What could possibly be wrong with that?

Dogs love popcorn. There’s no doubt about that, whatever the flavor, whether it’s sweet, salty, or full of artificial chemicals. They love it for the same reasons we do. Because it is:

Dogs see popcorn as another form of treats. Only these golden treats taste better due to the extra butter and added salt. No wonder they love them and want to have more of them.

But the fact that they can eat popcorn doesn’t mean that they should eat it any more than they should eat chocolate or grapes. Both are a big no-no for our canine friends. Mango, however, is a different story.

Is it safe to feed popcorn with butter to dogs?

The short answer is: no. Fresh and unbuttered popcorn is rich in dietary fiber and contains high nutritional values, which makes it good for humans and dogs alike. However, we rarely if ever eat the unbuttered or unflavored variety.

Whether you prepare popcorn yourself or get it at a street festival, popcorn gets saturated with a lot of additives, chemicals, and heavy oils. So what we get on our plate is popcorn which is:

How about plain popcorn and corn kernels?

Air-popped popcorn which is unsalted, unbuttered, plain, and fresh is good as a treat. But only if you give your dog just a few pieces.

That said, when was the last time you had plain, unsalted, and unbuttered popcorn? Because let’s face it, without the butter, salt and flavors you might as well be chewing on a piece of rubber.

As for the un-popped or half-popped kernels, they pose another risk. They get stuck in your dog’s teeth and hurt their gums. And when you try to dislodge them, the dog can choke on them.

Moreover, those hard kernels are not digestible and can lead to an upset stomach. Taken all in all, between the damaged gums and rotten teeth from tiny pieces stuck in there, popcorn is a very risky snack to treat your dog to.

Luckily there are much safer ways to show your dog how much you appreciate him.

Whether you want to reward your dog, show love, or just bond together in front of the TV, you can do better than to feed him popcorn. While plain and fresh popcorn is OK in limited portions and only occasionally, you don’t want to feed him the flavored variety.

Keep Rover safe and give him a bone instead.